TQ Fail: What happens when the bleeding doesn’t stop?

So….your neighbor calls you screaming…..tells you her 8-year-old son was playing with a friend and after some roughhousing, went through the glass in her greenhouse. Now, there’s blood spurting from his arm. After rushing over next door you find him laying on the grass, towel wrapped around his arm, mom on the phone to 911. She explains to the dispatcher that it has soaked through several towels already and is not stopping.

You immediately whip out your trauma kit (because you carry it with you wherever you go, or have multiple kits for home, car, and person…..right?) You slide down next to the child and get to work……gloves on, pressure dressing out and applied with tight hand pressure……and you can feel the pulsating under the bandage, indicative of a bad arterial bleed. Your mind immediately goes to your MARCH algorithm….stop the bleed. So, out comes your trusty SOF-T Wide that has proven itself on countless battlefields across the world.

You identify where the wound is, get it around the limb 2 to 3 inches proximal to the wound, tell the boy what you’re about to do, pre-tighten the strap, and crank down. 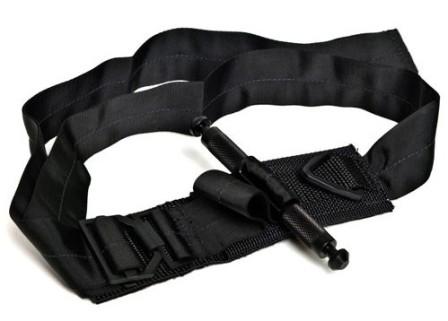 But….you’ve run out of tensioning room with the windlass….even though the boy’s arm was slender and he was technically a child, the TQ was the only option due to the uncontrolled bleeding, right? Now, the bleeding is still going….What do you do?

I mention this because of an incident that happened just like this in real life. Not a deep puncture or laceration, but a long, almost completely extending up the entire arm laceration from glass that severed an artery in a young person. Yes, there was pressure. Yes, the decision was made to put on a TQ. Yes, after some issues with operator error, and a lack of familiarity with the SOF-T, the TQ worked because the operator realized one big check-in-the-box when applying a TQ: YOU NEED TO TIGHTEN THE WINDLASS UNTIL THE BLEEDING STOPS, followed by one half revolution. The TQ slowed the bleeding down, but did not stop it completely, and due to the slender circumference of the limb. Simply put, there was no more room to tension the TQ until the operator loosened, and re-tightened it.  I can hear the gasps…….sometimes ya gotta do what ya gotta do. 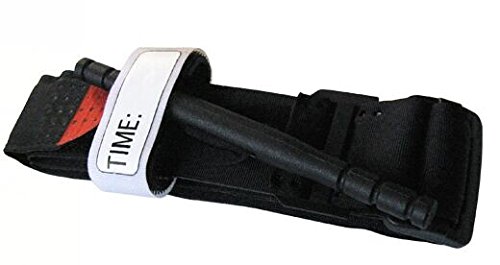 When we learn Trauma Care, we need to be mindful that no two wounds tend to present the same, and also may require different interventions. We are all taught what to do when the injury occurs, but are not always exposed to what to do when our intervention fails or is inadequate. What would you have done?

Most of the time, in children and smaller limbed adults, pressure dressings will work to significantly reduce life threatening bleeding. Yet we need to have a plan B for when the equipment we have is either inadequate, malfunctions, or simply is not appropriate for the situation. Case in point, on a regular basis, I keep two tourniquets in each of my kits at a minimum. Two pressure dressings as well. For the range bag, it’s four and four. I don’t think I need to explain that most ambulatory humans have four limbs. But also, I am fully prepared to place another TQ on a large limb should the first one I placed not fully stop the bleeding. I’m already thinking of what could possibly go wrong and have sufficient supplies to deal with those difficulties

With the correctly applied TQ and a pressure dressing properly in place, the child survived and did well. This is not to disparage the individuals who were involved here, but simply to illustrate how what can, and often does, go wrong. Knowing what you’re going to do, having kits put together with a focus on what you are most likely to encounter, and taking realistic Trauma Medical training are paramount in your level of success when dealing with these types of injuries. These are lessons we should be learning from when it comes to treating yourself, or others, in the event of life threatening bleeding.